(Types of Bologna) A limited edition book,
100% hand made, printed and bound. 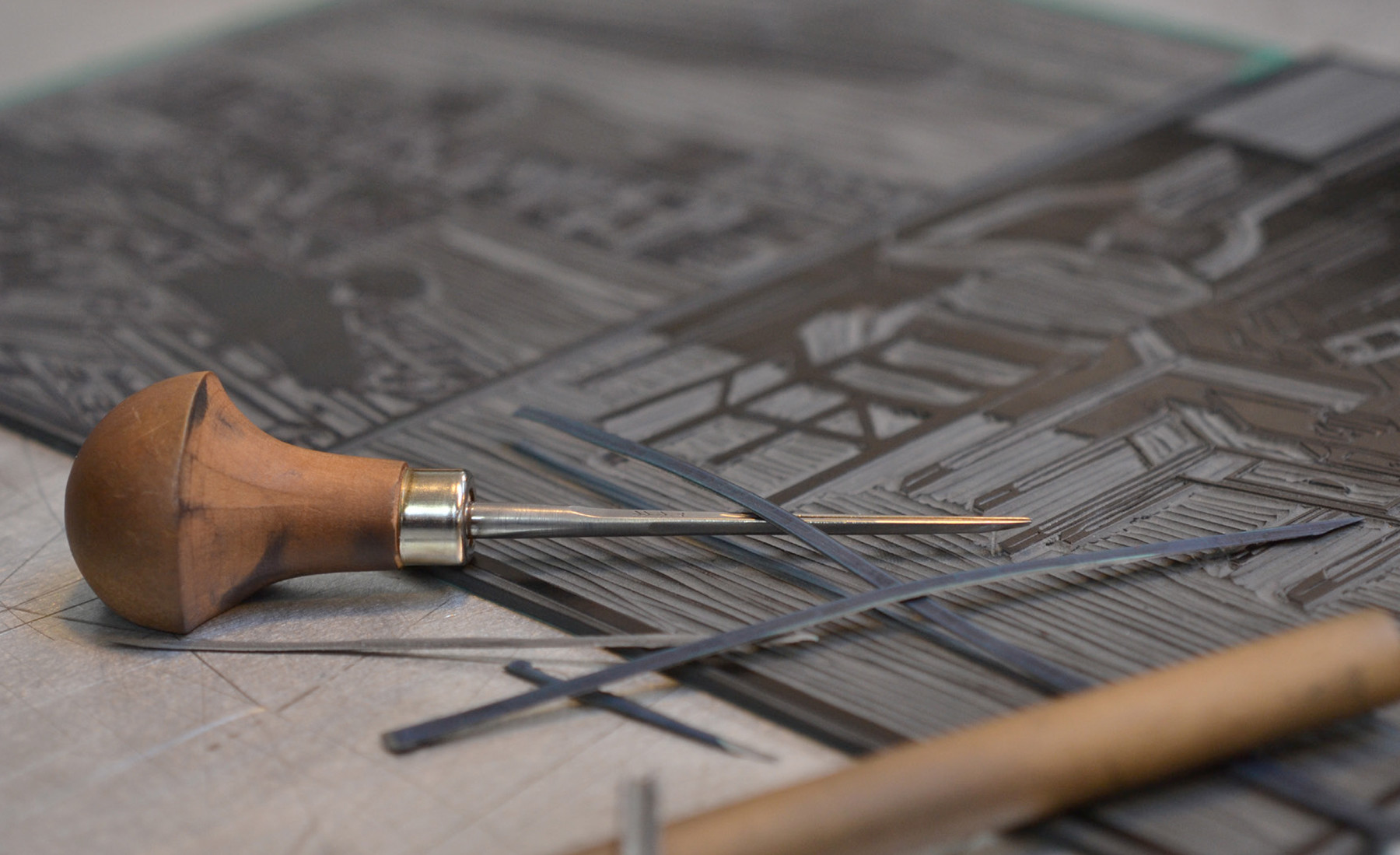 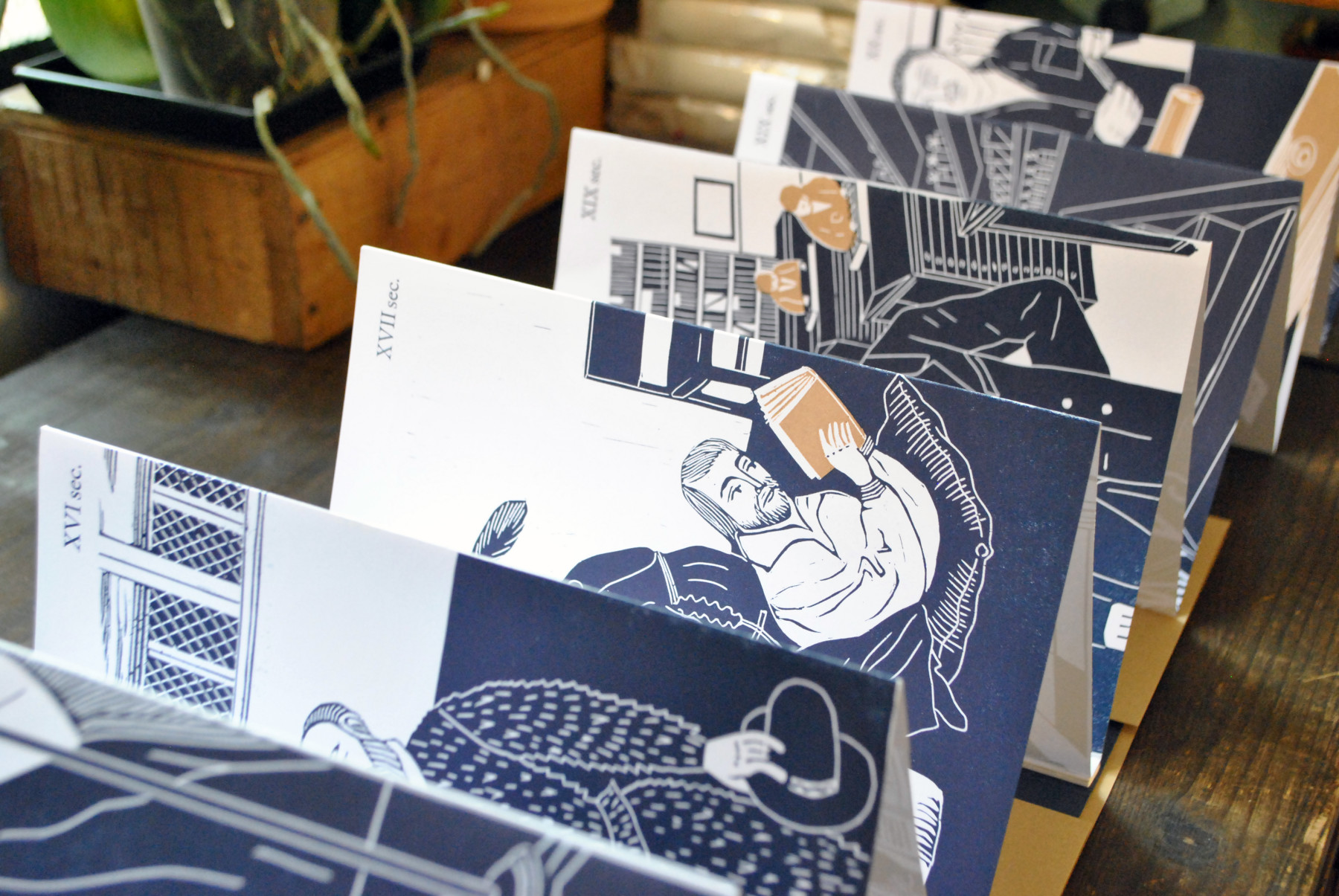 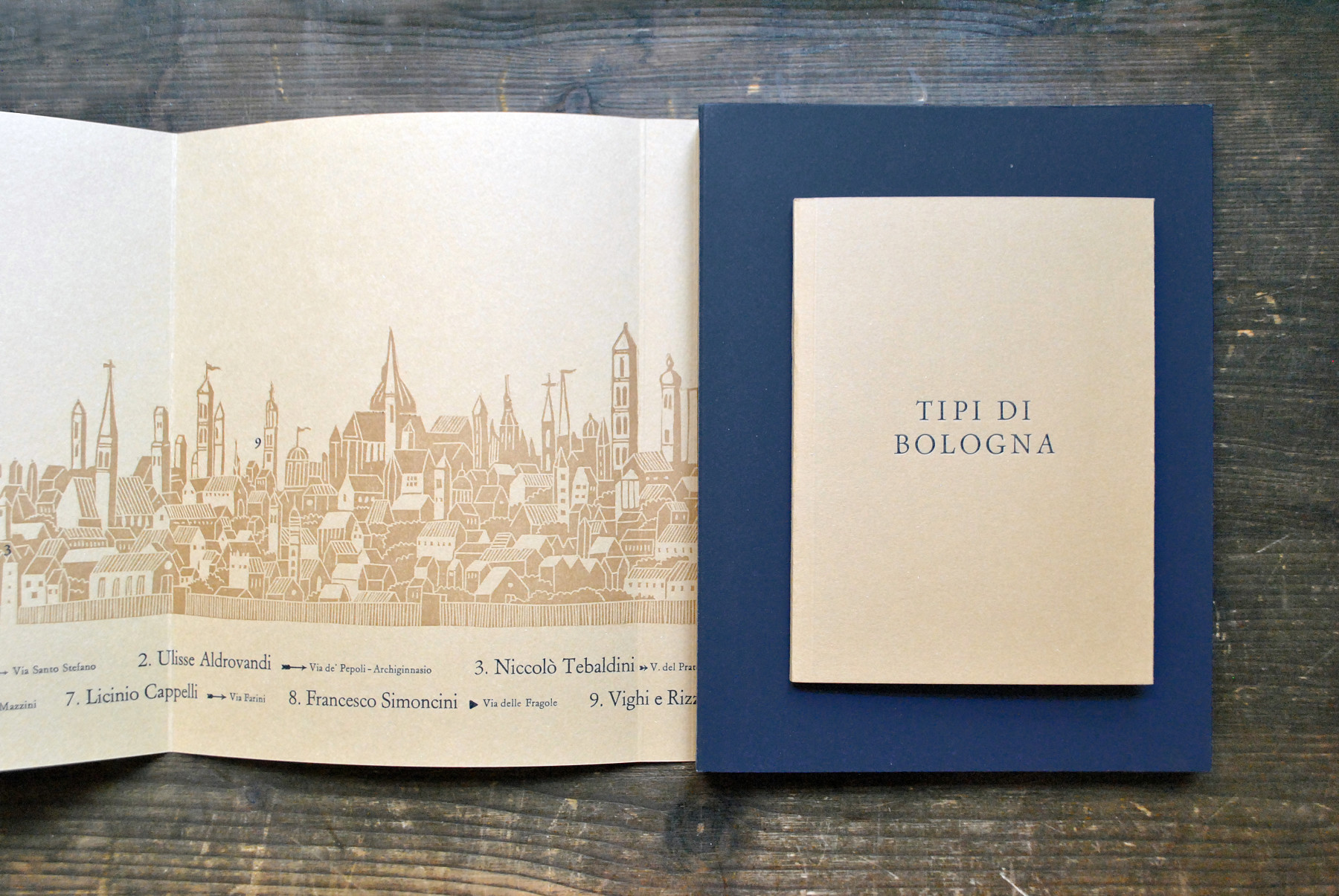 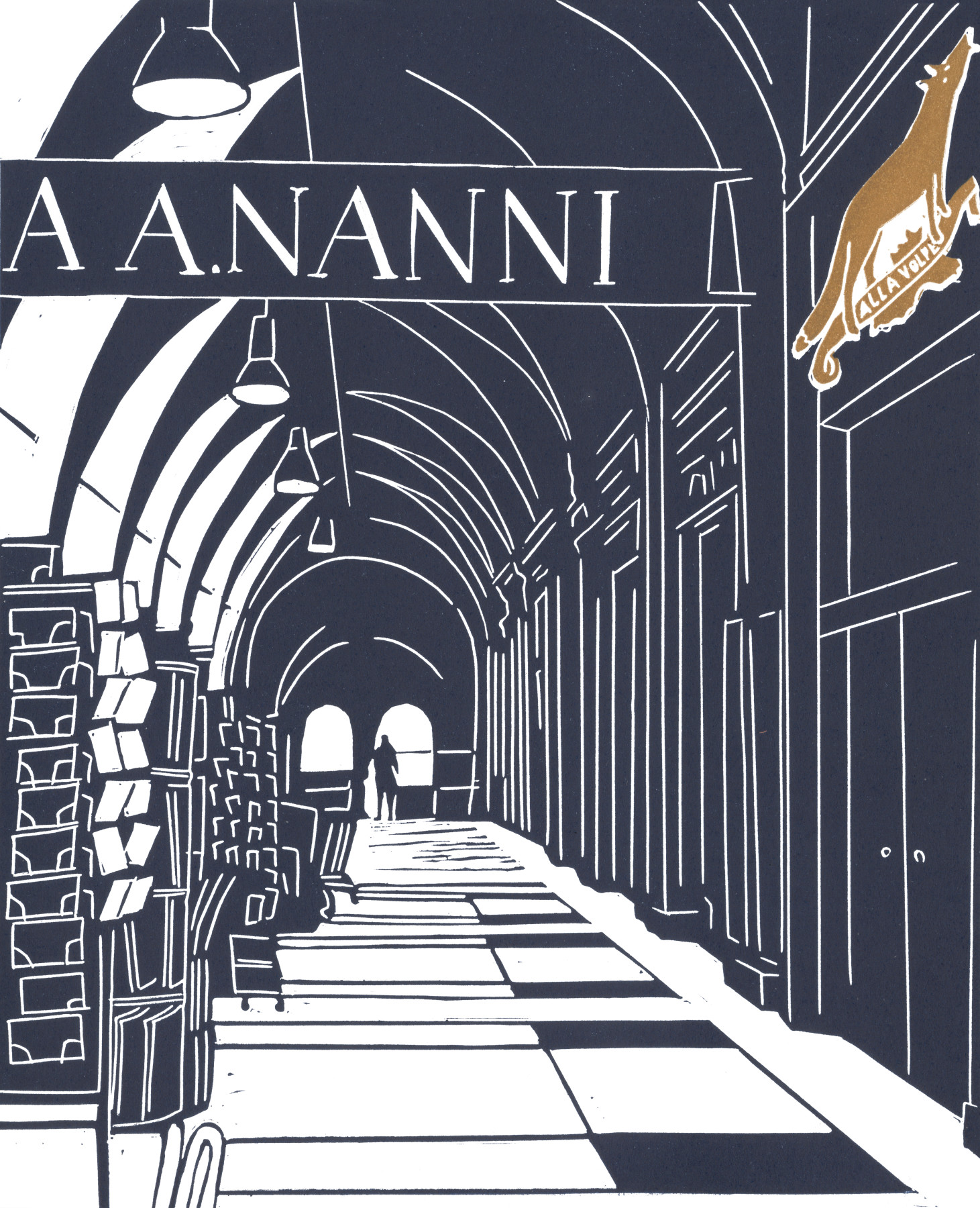 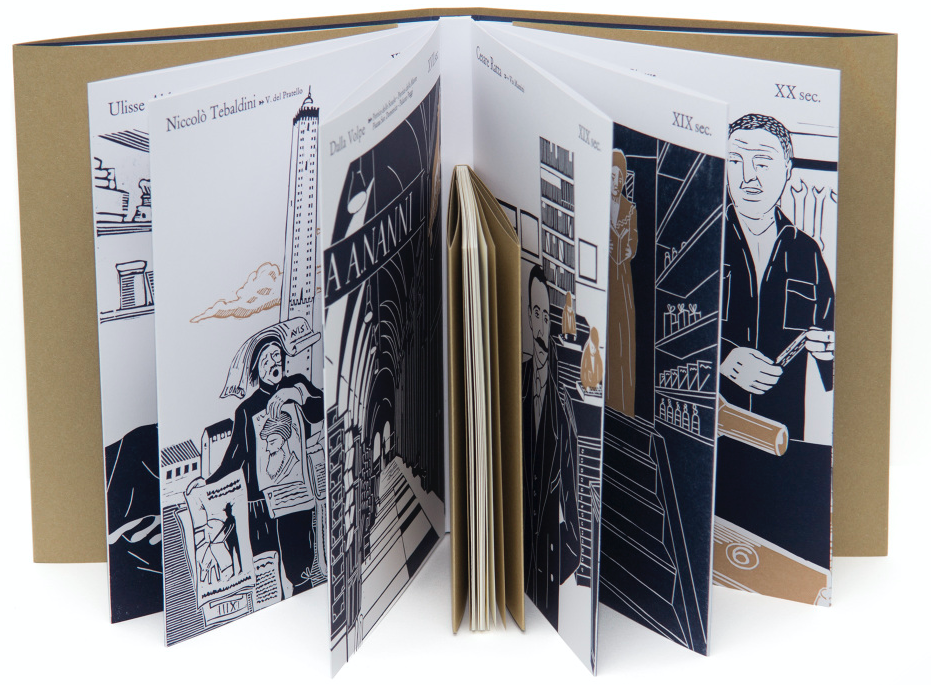 For purchasing a numbered copy of the book please write to info@griffoanniversary.com (45 € + shipping)

(Types of Bologna) A limited edition book, entirely illustrated, printed and bound by hand. Produced by Griffo–The Great Gala of Letters, and made possible thanks to the support of Fondazione Del Monte, Tipi di Bologna brings us short stories of those who made the Bolognese print and publishing scene through the years, combining Giulia Garbin’s linocut illustrations, Stefano Riba’s texts in linotype and the print expertise of Anonima Impressori. Likewise Tipi di Torino published in 2014 by Print About Me Micro-Press, This new book is dedicated to the Italian typographic culture, uses old (but not antiquate) techniques in order to stimulate rediscovery of letterpress past and present scene of Bologna city.

What people usually ignore, in fact, is that Bologna is one of the capitals of the Italian letterpress scene. The city conserves, sometimes hidden or not fully highlighted, stories that need to be told. We can start from the very beginning, in the XVI century when Francesco Griffo da Bologna invented the italics, a discovery that world acclaimed novelist and semiotician Umberto Eco states as “fundamental for the history of publishing and books”. A more recent example is Francesco Simoncini from Pianoro who designed many different typefaces like the Einaudi Garamond which from 1956 has been used for every book released by Einaudi. Another important figure is Cesare Ratta, a self­ educated artist, printer, composer, engraver and later a popularizer of the art of printmaking and graphic work.
In order to connect the past with the present we’ll also present the work of Francesco Negroni, founder of the namesake foundry which was established in 1880 and dismantled in 1924, but whom typefaces and decorations are still in use in the Anonima Impressori workshop. Besides, we’ll gather the stories directly through the voice and memory of retired or still in activity printers, engravers and compositors who live in Bologna or its surroundings.

Thanks to the support of Fondazione Del Monte 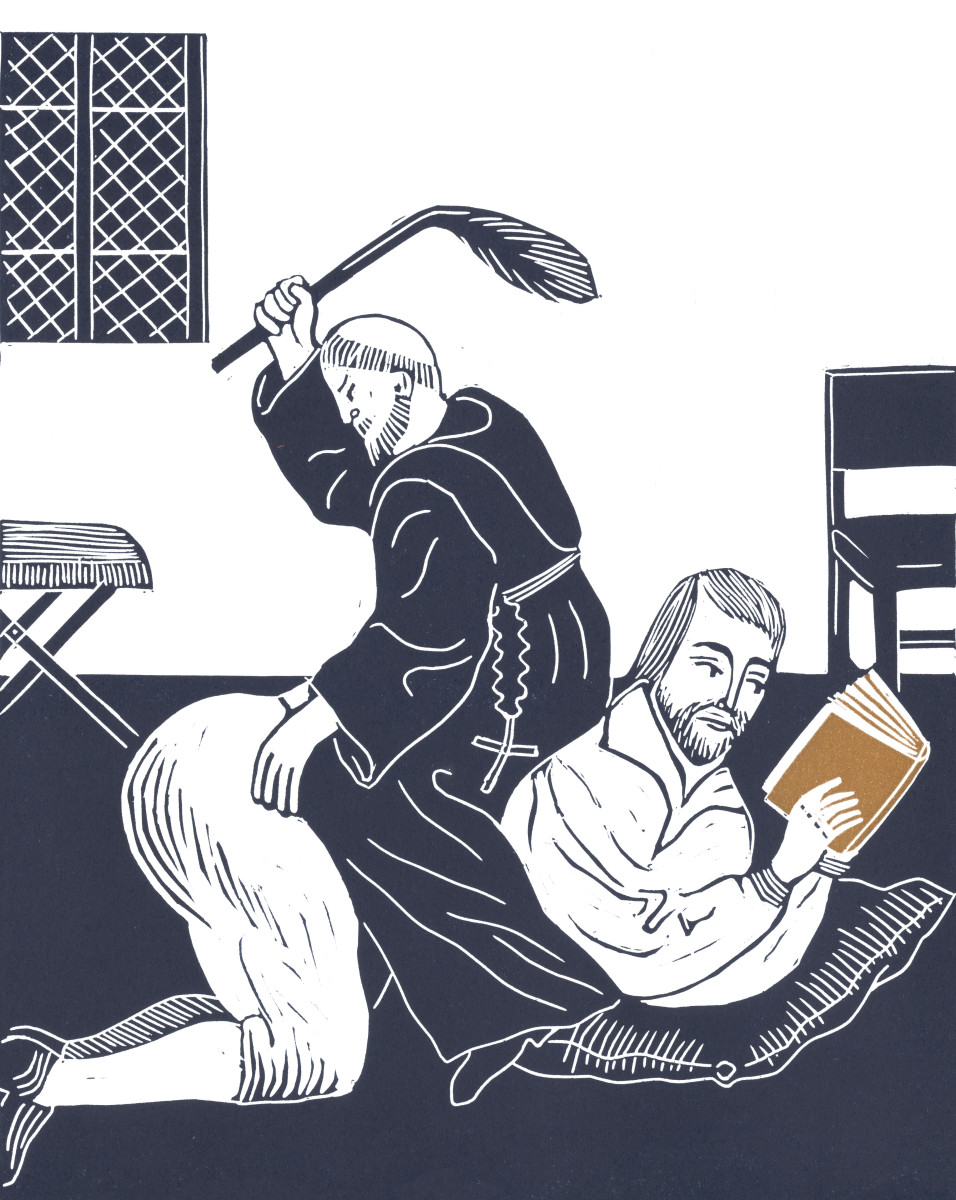