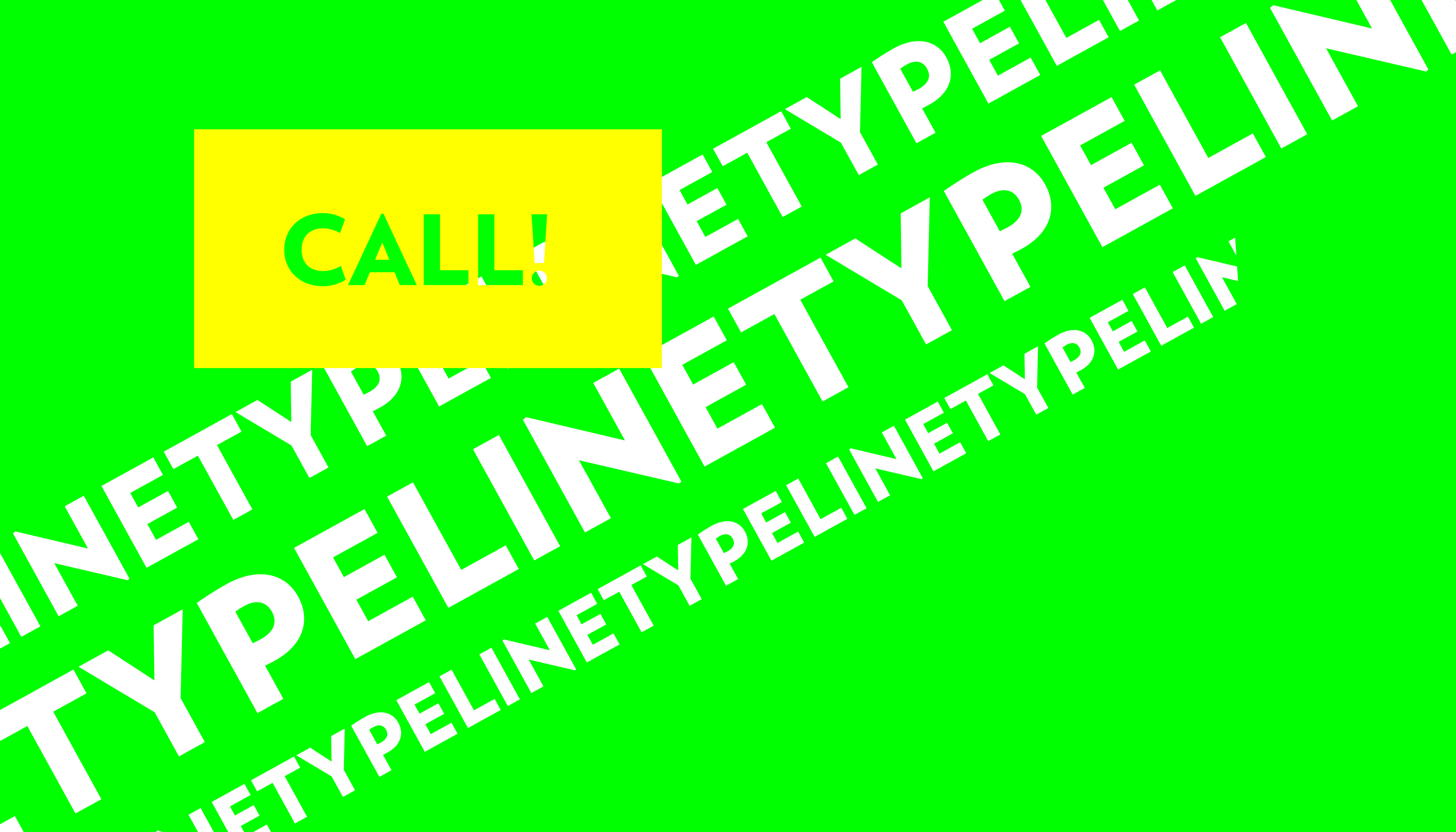 TYPE LINE is a video installation dedicated to dynamic typography will be set up at the MAMbo Museum in Bologna.  On show some of the most interesting examples of typographic design that makes movement and time its main axes.

As the musical composer creates through time, so the typographic composer assembles his letters. The letter becomes a fluid material, changeable, malleable and undressed by its “technical” role as bearer of contents becomes itself the object of the discourse. The project consists in the projection of a film composed of all the sequential contributions.  Like a page of a book or notebook that comes alive in space through the cinema format.

TYPE LINE is a project by